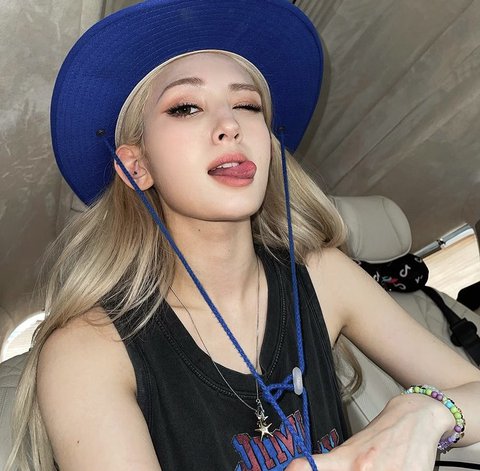 Also, +) She pulled off the concept really well.

Because it’s someone who looks like a foreigner doing the high-teen concept which is trending these days.

She’s legit like an American high-schooler and she suits the concept really well.

She looks fxxking pretty in this one.

I know she’s pretty but I think ‘Dumb Dumb’ was a hit because everything about it is good.

+ Additionally) I didn’t expect this to go on Talkers’ Choice. Firstly, thank you.

From my perspective, ‘Dumb Dumb’ was definitely a hit that’s why I wrote this.

Even if it’s not a mega hit, at least I hear people around me or on social media singing to the song’s chorus (nae meori kkokdaegieseo chumchwo you dumb dumb) a lot.

Personally, I think Somi’s really pretty in this album, so I wrote this post.

2. [+97][-23] People tend to think that Somi’s solo isn’t receiving much attention, but every solo song that Somi released till now received really good results.. The number of views that ‘Birthday’ has on YouTube is fxxking dope, and from what I remember, ‘What You Waiting For’ made it into the top 30 on music charts..?

4. [+49][-1] I think TikTok and (Instagram) Reels challenge have the greatest effect. Even if the song is good, people only know about it if they always hear it. I think they really worked really hard on promoting the song this time.

11. [+9][-1] 1. Jeon Somi became fxxking prettier after losing weight. 2. TikTok challenge. 3. The song is brainwashing. Isn’t it because of these reasons?